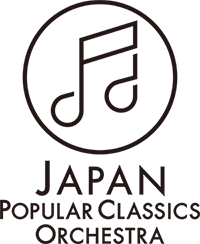 "Japanese Classic* from here to the world

As a stage of unprecedented trials of integration of varieties of music style in Japan and musical instruments widely used in classics, Japan Popular Classics Orchestra, a.k.a JPCO, has been established in February 2017. Starting from its stunning remixes of soundtracks from renowned Japanese movies, JPCO and its members also produce original tracks for TV programs, dramas, video games and animes on requests from artists trapped in its one-of-a-kind world. The most popular video on YouTube, ‘Your Name Medley’, released in May 2017, has now hoarded 60k+ plays. It is just the first step of young, passionate and outstanding Japanese talents in the team JPCO.